Posted at 19:42h in Uncategorized by DfLsAnBmn 0 Comments 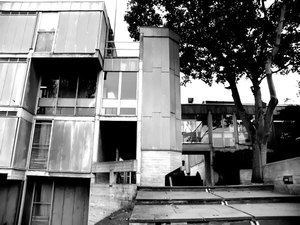 Stepped into a parallel universe last Friday (7 Oct 2005) when I attended a seminar entitled ‘Social Computing and the Organisation‘ at Templeton College (part of Oxford University).  For many years I have advocated a range of collaborative tools and software as part of my work on knowledge and learning initiatives but recently social computing or social software has taken on a life all of its own. Driven primarily by the blogging phenomena and by social network tools such as LinkedIn, Ryse and ecademy the computer has suddenly become the social connector par excellence.  Most of this stuff isn’t really new but our understanding of how it can be mobilised more effectively has grown considerably over the last few years. Blogs are much more sexy than forums but they are both just as valuable as social computing tools. There is much I want to touch upon within the realm of social computing but for now a good introduction can be found on Christoper Allen’s Life with Alacrity.

The event at Templeton was attended by some very interesting people – both presenting and participating. A full list occurs on the event’s Wiki (another social computing tool).  A brief summary of interesting social connections follows:

The event was organised by Piers Young.

Ted Nelson
Ted Nelson is Mr Hypertext – he actually coined the term and has been working on his vision on what the world wide web should have been since 1960.  He talked about project Xanadu,  about his concept of  transliterature and also his database structure ZigZag. He is clearly quite outspoken but is passionate about his vision – hates XML – I think because it is a mark-up language (I sort of sympathize here having been frustrated years ago by SGML). Ted is currently based at the Oxford Internet Institute. His own web site is currently ‘undergoing re-invention’ but there is a good entry for him at Wikipedia.

Andrew Hudson-Smith
Ted was a hard act to follow but Andrew (from UCL) gave an interesting account of 30 Days in a virtual 3D world. His ActiveWorlds research project demonstrated how weird social interactions can be when they occur online and involve the interaction of pixels rather than real people. If you’ve never experienced a virtual world take a look at HabboHotel.

Sean Gourley
Sean, a physicist,  has been working on the behaviour of   network and network agents with, apparently a focus on the economics of network congestion. The aim it appears is to assess the monetary cost of congestion in communications networks – principally e-mail – and to apply some form of dynamic pricing structure in order to free things up. It’s a little like the congestion charge in Central London.  I can’t help thinking that there’s some corporate IT vendor behind this sort of approach though it is interesting to think about how e-mail overload affects our capacity to be effective knowledge workers. Theodore Zeldin
A thought provoking discourse on the art of deep conversation. Theodore was interesting to listen to though the sentiment seemed a little idealistic. However we can always do with some healthy idealism in this dysfunctional World so the Oxford Muse dinner which followed his talk and which put Theodore’s ideas into practice was really engaging. All that ‘deep conversation’ is pretty tiring though and ‘small talk’ is still an excellent device for easing up on the conversational throttle. As with anything – it’s a question of balance.

David Gurteen
David gave me a brief tour behind the scenes of his amazing Notes based web site.

Adriana Cronin-Lukas
Adriana is big on blogging. Partner in the Big Blog Company. They really have cracked some of the aesthetics of weblogs and have neatly crafted sites for clients that integrate web site and blog (see my earlier entry) into one cohesive whole – see Adam Smith Institute. Adriana has her own personal blog too but that’s just a regular TypePad affair.

Lee Bryant
Finally met Lee at this event. He runs Headshift – another business that works with clients on social computing projects. I believe that Dan Dixon is also now working there?

That’s about it I think – If you were at the event – and you blog please let me know so that I can add you to my list. I don’t normally work so hard to be quite so inclusive but as it was a social computing event I thought it would be useful to make as many connections as I could. Hopefully it’s been useful – well it has for me at least.

Finally a mention for my Oxford Muse ‘conversation partner’, Rosie Penny – it was a lovely end to a very engaging day!

Digital learning architect. Authentic guide on all things e-learning. Technology advocate but with a sprinkling of cynicism about shiny new toys.

Are you an instructional designer or a tool lover?
https://hasantanis.com/are-you-an-instructional-designer-or-a-tool-lover/